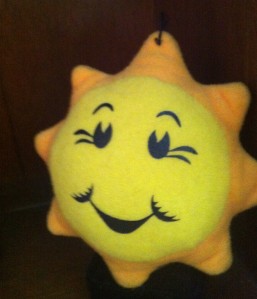 He’s a loving god, but don’t push it.

You ever feel like there’s not enough hours in the day?

Not that I’m complaining about the construction of our diurnal cycle—that would be critical of the universe itself, which just seems ungrateful, even considering how it dropped the ball on the construction of things like the common coffee table corner—but I really feel like I could go for a thirty hour day. That would be ideal. The extra six hours would provide me with enough time to get all my stuff done and hang out with people. Also, I might finally get around to organizing my closets, which would be nice.

But, no. The universe once again refuses to conform to my specifications. This will not do.

Because, goddamn it, I have shit that needs to get done. Words to write, deadlines to meet, asses to kick. And then there’s winter, which eats up a significant amount of time with its constant demands for shovelling and salting and sacrifices to the Sun God* to bring back spring.

I can’t, unfortunately. Because, despite my best efforts and the report card comments of some of my more frustrated teachers, I am still human. So now it becomes about prioritizing. I divide the day up into chunks of time. One is the amount of time I need to spend on paid work and keeping life running. Another is the amount I spend on less-urgent projects, like sandbox writing, research, or brainstorming. And the last is the amount I need to stay a functioning human being through things like exercise, social interaction, and trying to wipe out humanity using a variety of plagues.**

All three are important. Burn out comes when one categories eats all the others and uses their corpses to power its own insane machinations. So, yes, I could get technically get more done if I cannibalized social time for paid work, or even sandbox writing, since that often leads to paid work, but that’s only time I’m stealing from myself. Time that I need to stave off the inevitable slide toward super-villainy.

This is a pretty good system. I get most things done. I get all the important things done, important being defined a little differently every day. Do I get as much done as I want? No, but I suspect that if I stopped time itself and used that to get through my lists of stuff, I still wouldn’t be satisfied. As it is, this lets me get my writing done, have a life, and be reasonably well-adjusted.

And, hey, that’s about all any of us can ask. At least until time falls under my sway.

*Our household Sun God is actually a small stuffed toy that I got from a fast-food restaurant about ten years ago now. His name is Ra-Ra, the Two-Faced God. We sacrifice candy to him.
**I should point out that this is a game I play on my iPhone called Plague, Inc. Very catchy, though not as catchy as the stuff I make with it. Last night I destroyed humanity with a virus called Teddy Bears.