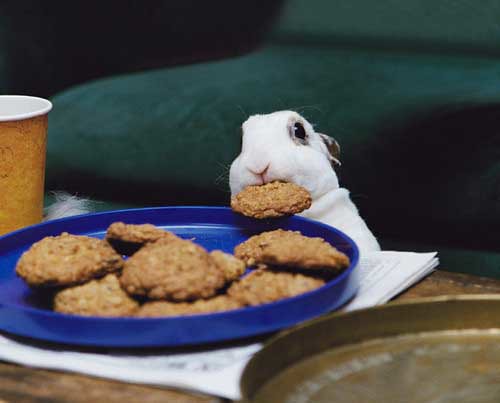 In an ideal world, the words would always come when you needed them to. And every computer would double as an espresso maker.*

In the world we have, though, you will, sooner or later, get stuck. Maybe you wake up too tired to properly boot up your brain that morning**, maybe you’re just running low on the old imagination juice. The inspiration tank is low.

You need to go steal some.

Inspiration isn’t rare. It’s not some precious spark that drifts down from the heavens/up from the underworld once every century or so. If it was, we’d have a lot fewer books and movies and comics and ill-advised artistic endeavours than we do.

Inspiration, in fact, is everywhere.

But you have to look for it. And I think this is where the rarity myth comes into play: we think it’s rare because it finds us only occasionally. That’s because we have to go out and hunt it down. And when you find it, you have to steal it like a ninja with a maxed-out Dexterity stat.

If you’re finding yourself stuck this morning, like I am, there are places you can go. Inspiration, like any prey, has habits and haunts that make it easier to find. Look to the places you usually find inspiration. There are blogs and books full of writing prompts. If you head to the NaNoWriMo forums, you’ll find pages and pages of ‘adoptable’: random plot/character/setting/word elements that you can steal and put in your own work. Some of them don’t seem to work at first, but even the mental exercise of trying to imagine how a lesbian stripper ninja will fit into your historical romance set in medieval Scotland can jumpstart your brain.

Writing prompts not doing it for you? Go for a read. Read something new and try to decide if it works. If so, why? If not, why not? Or read an old favourite and try to put your finger, mandible, or pseudopod on just why you like it so much. Reading something great might inspire you to get your own story moving.

Or maybe you don’t need words. Go look at some pretty or not-so-pretty pictures on DeviantArt. Listen to some music that gets you in the mood. Put on a favourite movie and let it play in the background as you get down to business.

Somewhere out there is the thing that will give you that spark you need for today. But you need to get off your ass and go find it.

*As long as I’m wishing for the impossible, I’d actually like mine to do triple duty as a computer, espresso maker, and fully-functional mech suit. And I’d like for cigarettes to improve your health.

**That’s me. My neighbours were having an epic screaming match in the street last night. Net result: five cop cars.

One thought on “Stealing Inspiration: What To Do When You Get Stuck”