My Tweets
Posted on December 3, 2014 writing 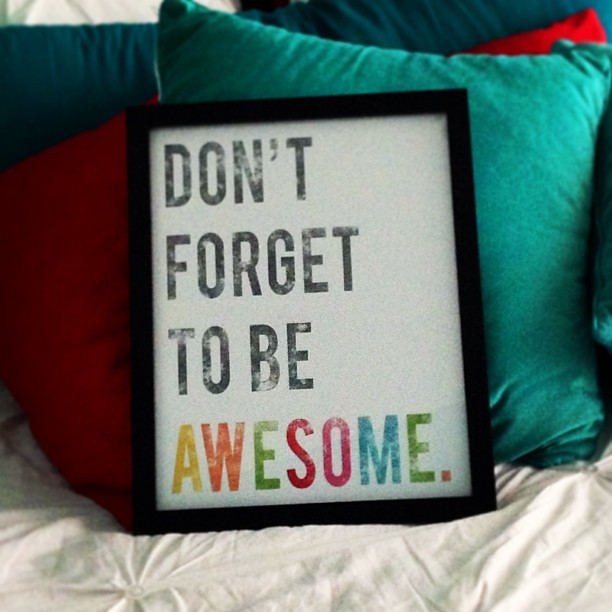 Thank you, Encouraging Picture Frame. Now enjoy your nap on that pile of cushions.

Writing is easy to ignore. Whether it’s because it’s a solitary activity, or there’s no immediate reward for most of it, or just because it’s easier not to do it, so often the projects we start with all that hope end up languishing forgotten in your hard drive, never to be finished.

Stop that. You’ve got to finish what you start. Maybe not all of it, because even the best of us has a crappy idea now and then, but you should be finishing more than you don’t. And that starts with not ignoring your writing.

Personally, I think that writing is easy to ignore because it’s not demanding. Not the way that people and pets and work and other crap is. Even working out can be demanding: don’t do it and you start to get all jiggly/don’t sleep as well/get cranky. But writing…it’s the unobtrusive emo kid of activities. If you don’t get around to it, it’ll just slink away, muttering Morrissey lyrics under its breath. And then it’s gone.

So start paying attention to your writing. Don’t let it slide. Best way to not ignore it? Same as anything else: keep it in front of you. If you want to run regularly, you put your running shoes somewhere where you can see them all the time. Partly it’s guilt, but mostly it’s just so you don’t forget, in the hustle and bustle of your day, what it is you meant to do.

Leave whatever you’re working on in plain sight. The notebook you’re writing in, with a pen, can live comfortably on a coffee table. I think that coffee rings on the covers add a certain authenticity, but I think the same thing about scars, so use your own judgement.

Or, if you write on a computer, like so many of us, try this: set your document to open up automatically when you boot up the computer. A while back I changed my laptop’s default settings from opening up my email and Twitter accounts automatically to opening up Scrivener and Evernote. There they are, right in front of me: the project I’m working on and the giant pile of notes I’ve made for it. Harder to ignore.  Harder to pass over in favour of blearily scrolling through spoilers for Every Single Show On Earth on Twitter.

You can’t ignore what’s in your face 24/7. So put something you want to get done in front of your eyeballs. Pretty soon you’ll find the excuses fading.

And in their place? More writing.

7 thoughts on “In Your Face: How To Stop Ignoring Your Writing”