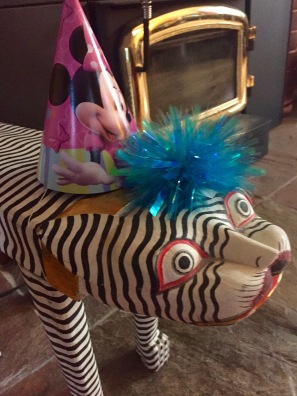 So, you’ll be doing something completely fucking mundane, like grocery shopping or showering or brushing your teeth. And while you’re zoning out and thinking of nothing but cereal or whether or not you should shave or floss, something appears. A scene. A character. A plot. For me, it’s usually two characters and a terrible situation, because I am a terrible person.

And you’ll pause, with a box of Lucky Charms in hand or with the water running over you or with toothpaste dripping from your chin, and look at this thing in your mind for a while. Eventually you stop asking where they came from; you just look, and see if it’s going to do anything interesting.

When they get interesting, you sit down with a notebook or a laptop or the voice recorder on your bloody phone or a sharpie and your bare skin, and take notes. What it can do, what it can’t, what it needs to become. And eventually you wrestle it into a shape somewhere between what you want it to be and what you’re capable of making.

Once the writing starts, it moves again, because this thing is alive, and it’s evolving, and it’s making itself as much as you’re making it. Sometimes it won’t go anywhere because you’re looking in the wrong direction. Sometimes it’ll die because either it’s not right or you’re not, and there’s nothing that can be done about that. Sometimes dead ones come back, because they weren’t dead, they were just waiting for the right time.

And sooner or later you’ll have a story. It won’t be what you thought it was. It never is. But it’s enough.

You’ll look back, and remember that moment in the grocery store or the bathroom, and the first thing that appeared. And sometimes you’ll see the road from there to here clearly; other times it’ll be hidden behind years and edits, because you were a different person then.

And then, one day while you’re doing something completely fucking mundane, it’ll happen again.