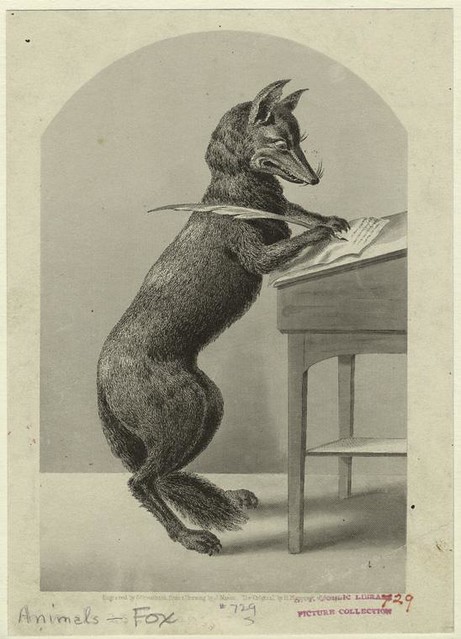 This was waiting for me on my Twitter feed this morning:

Established writers & artists are 18 times more likely to kill themselves than the general population. (Via @qikipedia)

Now, I have no idea how true this is. Like most everything else on the internet, you’re well advised to take it with a grain of salt. But still. There is was. Right in between some note about how Buzz Lightyear was almost called Lunar Larry and a notification of the new Chuck Wendig post. “Good morning! Time to start your writing! Would you like some cyanide with your coffee?”

It’s put an interesting note on the day.

Do you think this sort of thing happens to dentists? “Hey! Here’s some teeth and, by the way, you’re more likely to kill yourself than any other profession!” Or is it just creative types that get watched like we’re an interesting new species? Suicide Sloths*, maybe.

There’s a zoo exhibit that would never catch on.

It’s the implication of a cause and effect relationship that intrigues me. The scientist part (admittedly probably a mad scientist) wonders what kinds of experiments were done. Was there a lab that locked monkeys in a room with typewriters to see if they could both produce the collected works of Shakespeare and give in to despair over their perception of the essential meaninglessness of life? While a control group of monkeys are given tiny cubicles in which to work, and maybe some little ties, and red staplers.

My methodology may be flawed, but I’d fund that experiment.

Of course, the tweet says ‘established writers and artists’. Perhaps it’s a signing bonus. The advance check in one hand, and a razor blade in the other? “Ah, there’s the cause of death. He had a Razor Clause in his contract. Initialed it, too, the silly bastard. Rookie mistake.” I’ll look carefully for that in the next contract I see.

I realize I am not making a strong case for being sane at the moment.

Crazy rambling aside, it’s part of being creative, I think. Not the suicide rate (can I get a footnote on this? Sources, people, sources.) but the implication that you’re different. People occasionally watch you for any interesting signs of madness, like they’re waiting for you to go Full Writer and start using a bubble mower on the lawn naked at four am. Maybe it’s because writers and artists are perceived to have more freedom than other professions. “You wear odd socks to work? And no pants? And draw Hermetic symbols on your naked thighs in Sharpie to protect yourself from the vibrations of spy satellites? How creative!” Some people give the impression that they’re making notes for a future TV interview in which they can claim to have seen this coming years ago.

And, to a certain degree, people who do this sort of thing are different. We spend half our time in an imaginary world, interacting with people that don’t exist. And, if some of my past posts are anything to go on, doing horrible things to them. No one normal does that. It can make you wonder if you’re teetering on the edge of something, so close to slipping off…

Then, if you’re me, you shrug, say “Fuck it”, and get back to work. This might be madness and it might not, and I don’t really care. Because it’s entertaining.

And, when it happens, I’m sure my neighbours will be highly entertained by the lawn thing.